o Net operating income of $35.6 million up $1.9 million or 5.5% reflecting increased contributions from all divisions partially offset by favourable prior period accrual adjustments of $1.6 million recorded in Q4 2016.

o Earnings from continuing operations of $10.3 million ($0.12 per basic share) down $2.9 million, with improvements in operations offset by an unfavourable change in fair value adjustments and foreign exchange and lower interest revenue related to U.S. sale deferred consideration received in 2016.

As previously announced on February 26, 2018, the Company has entered into a definitive agreement to acquire the Lynde Creek Retirement Community, located in Whitby, Ontario, for a cash purchase price of $34.5 million, subject to normal closing adjustments. The purchase price, exclusive of excess land, represents an implied capitalization rate of 6.3% on 2018 net operating income, and the operations are expected to be immediately accretive to the Company’s AFFO. The acquired community consists of the Lynde Creek Manor Retirement Residence, offering 93 independent and assisted living suites; the Lynde Creek Life Lease Village, with 113 townhomes; and 3.7 acres of adjacent land for expansion. Closing, which is subject to customary conditions, is expected to occur in the second quarter of 2018.

“We are pleased with the steady progress towards stabilized occupancy in our retirement communities and the continued growth in this segment through new developments, expansions and acquisitions,” stated Tim Lukenda, President and CEO of Extendicare. “In addition, increasing home health care volumes and the announcement of plans for new long-term care beds in Ontario reinforce our opportunity to deliver across the continuum of care,” he added.

To Our Extendicare Community, continue

There has been good news to start the year with vaccines being administered to vulnerable populations across Canada. Extendicare continues to work with our public health partners across the country to administer first and second doses to help protect our communities. continue

Our staff have fought day-in and day-out against this devastating virus for a year. While it has been difficult, the vaccine gives hope that we are nearing a return to better times. continue

As we come to the end of month seven of the pandemic, our focus at Extendicare remains steadfast on providing the care and service that residents, clients, patients, team members and families rightfully expect. We are very grateful for the hard work, care and commitment our team has displayed to our residents, clients and patients. continue

Our Remarkable Moments view all 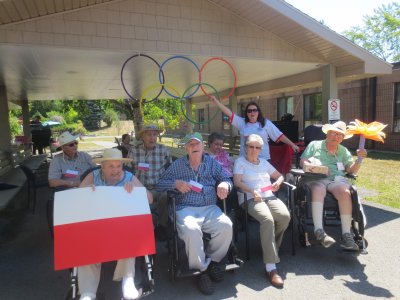 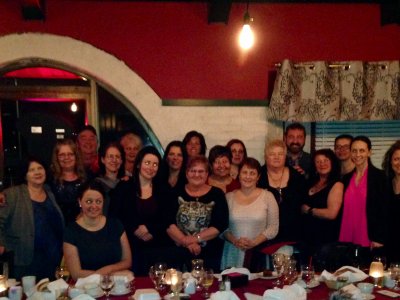 Extendicare, Kingston recognizes its staff for their years of service by celebrating with dinner and awards. continue